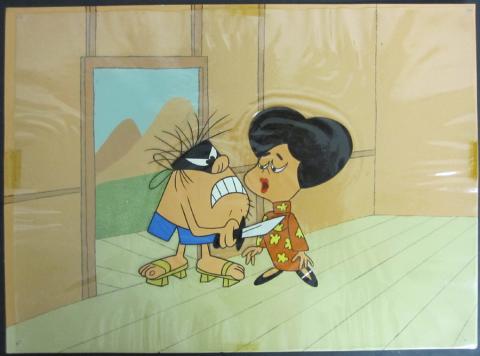 An original production cel and background setup from the Jay Ward Studios animated series Fractured Fairy Tales (1959-1961). Featuring a woman being held at knife point, the setup was created at the studio and used during the animation process. Measuring 9.25"x12.75" overall, and with the character image measuring 4.75"x5.75" on the slightly trimmed 9"x12.25" cel, the setup is in good condition.