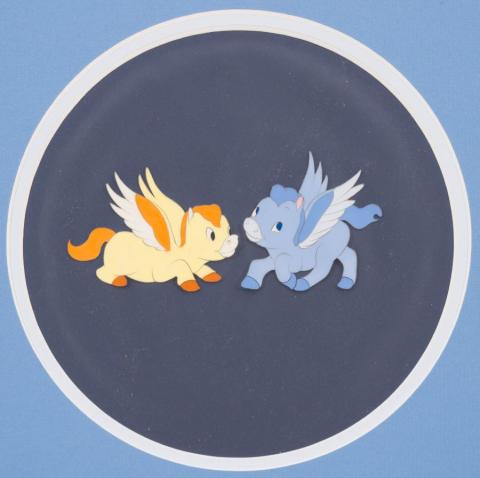 An original production cel from the Walt Disney Studios animated film Fantasia (1940). Featuring the orange and blue pegasus babies, the hand-painted cel was created at the studio and used during the animation process. The piece is an actual frame of animation that was photographed and appears in the "Pastoral Symphony" segment of the film. Measuring 12.75'x12.75" matted with the mat opening measuring 8.25" in diameter, and with the character image area measuring 2.5"x6", the cel is in very good condition with rippling to the cel from age. The cel is a tremendous artifact from one of the early films that launched the Walt Disney Studios and stands as a testament to the true artistry of the studio.