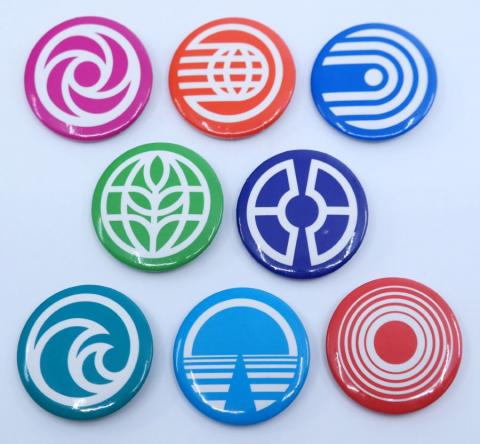 A set of buttons from Epcot Center at Walt Disney World. The set of eight buttons Featuring the logos for the various pavilions at Epcot, the pin set was released in 1982 during the park's opening celebration. The land logos depicted are Horizons, World of Motion, CommuniCore, Spaceship Earth, Journey Into Imagination, The Living Seas, The Land, and Universe of Energy. Each button measures 1.75” in diameter, and they are in very good condition with some minor surface wear.